Our team at DTLA Print can customize your Champion hoodies and shirts using either printing or embroidery techniques to add your business logo. These custom garments will not only be stylish, but they will also serve as a walking advertisement for your brand.

Don’t see what you were looking for? Would you like help sourcing a specific brand or product? Get a quote or send us a message!

In the 1930’s the company was renamed Champion Knitting Mills Inc. well known for sweatshirts, t-shirts & athletic socks, they became the brand of choice for college bookstores right across America. Initially they produced also wool underwear as prototype of the sweatshirt, selling for protection against the cold for outdoor workers but the reputation for functionality and durability grew and grew. It was not long before Champion products were adopted by the US Military academy to be used during training exercises and physical education classes. Over a period of time the neck labels changed from the ones of the 40’s and 50’s, where the company name of Champion Knitwear Company with the running man and finish line logo was used. The original, heavyweight and understated line of Sweatshirts, Tee Shirts, Sweatpants and Shorts, all bearing the iconic Champion “C” logo, were introduced to a new generation of consumers proving yet again that there can be many contenders, but only one Champion.

Can I mix and match Champion apparel & headwear styles on the same order?

Yes, you may either email your full order to [email protected] and your account rep wil work with you to put your order together. If you prefer, you may enter each item separately into the cart and proceed to check out.

Are you able to individually drop ship and fulfill my orders to a list of customers?

Yes, we are fully integrated with many e-commerce and fulfillment platforms and can also receive a csv file with a list of your individual customers, employees, or teams and we will ship direct to their door.

Are you able to screen print and also embroider on Champion apparel & headwear?

Yes, each location is able to be independently decorated with your preferred decoration method. Feel free to get creative and mix + match different techniques for a higher end and more customized product.

Do you charge extra for set up fees, separations, or digitizing my logo?

No, all our prices are all-inclusive and have no hidden fees.

How do I choose my ink pantone colors or thread colors?

During our ordering process we have fields for you to enter them if you have them available. If you don’t have them, no worry our team will help to find the closest pantone PMS match to your provided artwork.

Can I personalize my Champion apparel & headwear with my logo?

Absolutely, these items are specifically curated and hand picked for optimal private labeling, printing, and embroidery.

Your personal account rep is here to help guide and answer any questions you may have through the entire production process. Please provide a little description on how we may help. We look forward to speaking with you.

With help from our friends and customers, we give back to the environment by planting a tree with every online order placed.
1 Order Placed = 1 Tree Planted 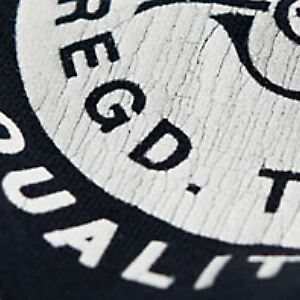 Available in both water based and discharge inks. The ink actually cracks in pieces the way you want it to so no two pieces will be alike. Great for vintage washed out looks while still brand new. This is custom silk screen printing at its best. 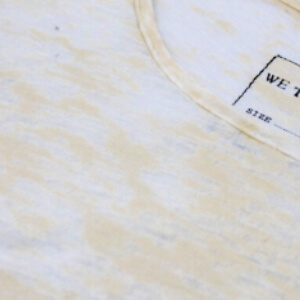 Burnout is a special screen printing process we use to removes the cotton fibers from a shirt, leaving only the polyester intact. It’s perfect if you want to give your T-shirt designs that really cool see-through look. Well known for their soft feel and vibrant colors they produce when printed onto t-shirts and other textiles. When printed water based inks leave no hand feel behind so you can feel the fibers of the garment. Silk screen t-shirt printing with plastisol is the oldest and most commonly used ink across the market to screen print your custom t shirts. The misconception how ever is that all inks are the same. Mostly used for athletic/activewear fabrics such as nylons, spandex, polyesters, rayons, lycra, that have a lot of stretch but can also be screen printed on other blends for different textures. These inks will make your prints stretch with the fabric and do not create cracks or creases when stretched. These should be printed on all sports jerseys, yoga apparel, athletic uniforms, and activewear. We offer the 3M reflective ink prints as well as a standard reflective print that come in either a water-based (eco-friendly) or plastisol-based ink with the unique ability to reflect once a light source is aimed at the print. Popular uses for this new ink includes police departments, fire departments, E.M.S., and other safety professions. Has recently become extremely popular in the skate, surf, urban, and street apparel industries. Inks that expands and rises when heated, giving a three dimensional look with a raised feel. Any Los Angeles t-shirt printer can buy inks and print them, but the real beauty and art of screen printing on t-shirts comes when you can mix inks correctly and accurately. Controlling how the puff inks actually puff is one example. Perfect for creating custom silk screened T-shirts right here in Los Angeles. High Density inks can be matched to any color and rises in the drying process to create a 3D look. Inks can be raised to your desired height or width and can be printed with other high density inks of different sizes. Flocking screen printing can add a new dimension to your materials. Tiny particles of fiber are applied to a material with an adhesive, adding a suede-like or velvet texture to the surface. We color the fiber according to your designs, and you end up with products that stand out from the rest.